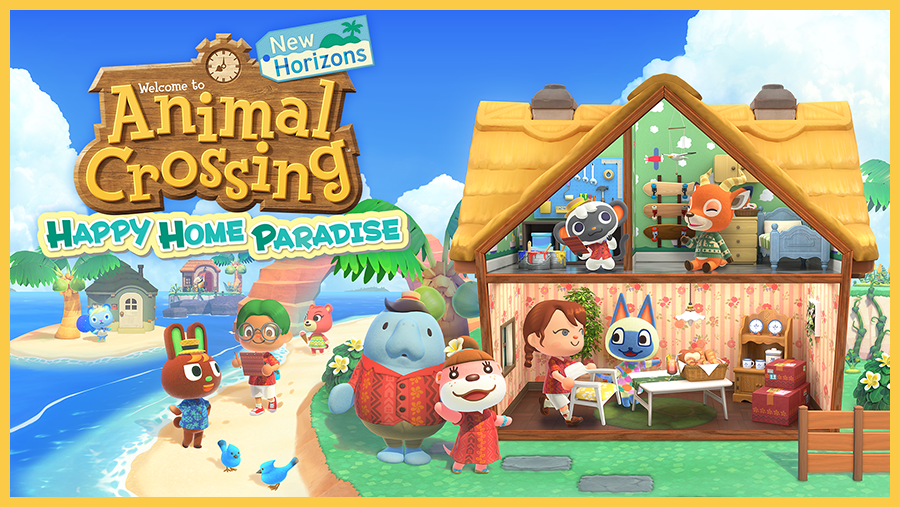 Nintendo has announced that Animal Crossing: New Horizons new update, version 2.0 and its Happy Home Paradise paid for DLC will be the two final major updates to the game which has seen incredible popularity since it first launched back in March 2020.

Within the below video, you can see these new changes coming to the game with the updates both releasing on November 5th, 2021. After these updates, Nintendo will only be adding small changes.

The free update will certainly provide you with enough content should you not be planning to fork out the extra money for the paid Happy Home Paradise DLC. The free Version 2.0 update brings the Brewster and his peaceful coffee shop. Alongside new drinks, fan favourite villagers will see their return, Gyroids, cooking, Island Ordinances and more will also be available for you without having to purchase the Happy Home Paradise DLC. The paid DLC puts you in the driver's seat, however, as you begin your career of designing villager's dream holiday homes on a new island region. These two DLCs are certain to bring you a lot of new content to dive into!

The Happy Home Paradise is the first and only major DLC expansion for Animal Crossing: New Horizons, which just happens to be the best selling Nintendo Switch game just behind the 37 Million units that Mario Kart 8 Deluxe managed to sell.

Whilst it may be sad that Animal Crossing: New Horizons will not be receiving any more big content updates, the game will remain relevant for years to come with players certain to drop and pick up the game every now and then when they need a blissful getaway from reality. These huge new content updates will help to ensure that.

The New Horizons Version 2.0 update will be free for all players, whilst the Happy Home Paradise DLC will set you back $24.99. You can also receive it however via the brand new Nintendo Switch Online + Expansion pack bundle that was announced recently.

What're your thoughts on these DLC additions to Animal Crossing: New Horizons? Do you still jump onto your island every now and then or has the title been gathering dust for you? Regardless of your answer, we want to hear all about it over in Juice!