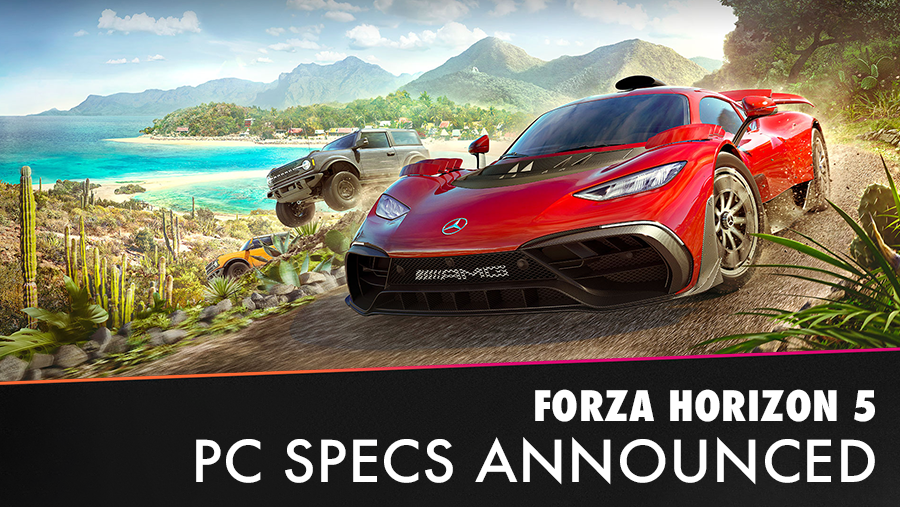 The developers behind the popular driving series Forza have recently made an announcement regarding the PC version of the upcoming Forza Horizon 5, this includes the recommended system requirements for both Nvidia and AMD pc builds.

The post was initially published on Forza's official website and the developers made sure to reassure fans that they've been working overtime to ensure that players can enjoy the stunning Mexican landscapes to their fullest no matter what level of PC build they're playing on.

To make sure that their statement runs true, Playground Games voiced that they've updated the game's minimum specifications "from the previous estimate given on the Microsoft Store and Steam." The low-end specs to run the game are surprisingly forgiving and will allow players with graphics cards as old as the Radeon RTX 470 or Nvidia GTX 970 to get into the game, although this would be recommended as the absolute minimum. 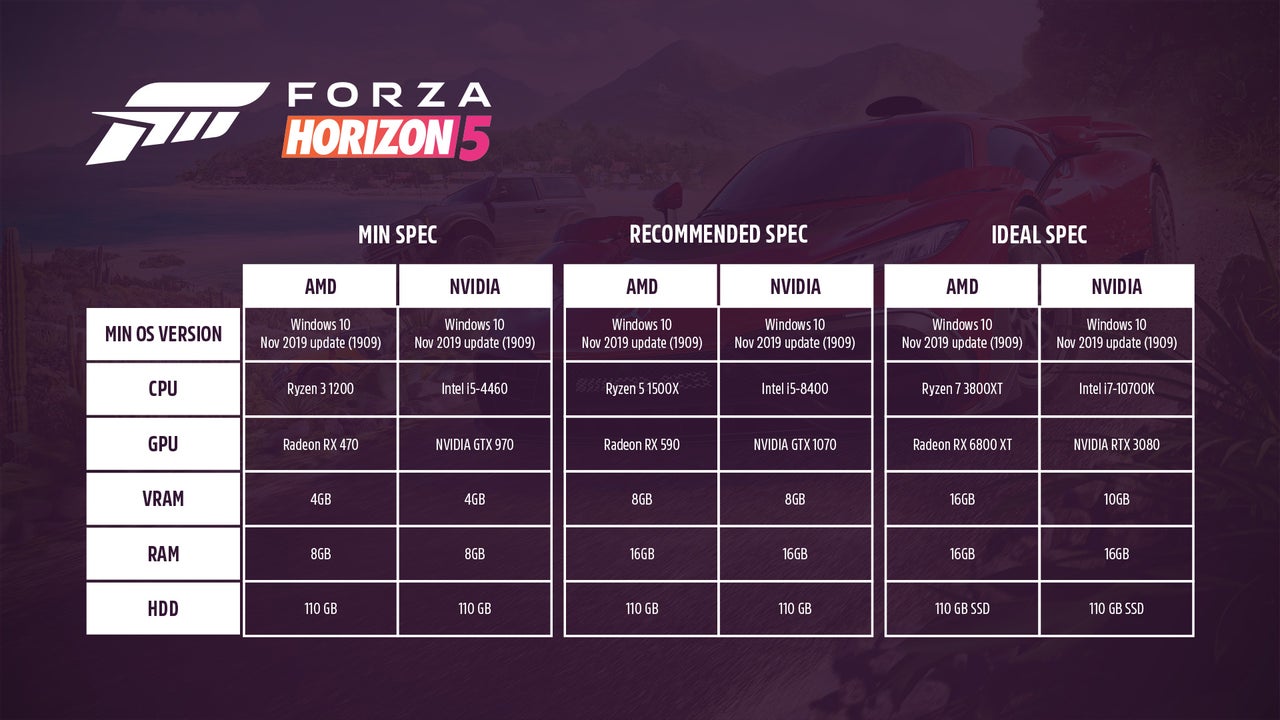 With this update, it's also been stated that "Forza Horizon 5 is built from the ground up on PC to deliver at limitless speeds." In-game, this means that players will be able to finely tune their graphics settings in a way that we perhaps haven't seen before within the game series. This will range from things such as the use of HDR to allow for more luminous lighting all the way to enabling 4K graphics.

As well as the enhanced graphical options, the PC version of the game will feature support for 21:9 ultrawide displays right out of the box. The game's also been confirmed to work with a range of Logitech, Thrustmaster, and Fanatec steering wheels, allowing for players who enjoy the full driving sim experience. Even players who don't own driving rigs will have something to look forward to, on the Xbox, haptic feedback on the Xbox Wireless Controller will be supported.

Playground added that the powerful graphical features within Forza Horizon 5 have allowed for the team to continue to develop a game world with incredibly stunning realism. The studio has said that players embarking on their adventures through the world's environments will experience "extreme draw distances and robust levels of detail" down to the "tiniest features like the light that glows through each needle on a cholla cactus."

Will you be picking up Forza Horizon 5 when it releases on November 11th? We want to hear all about what you're thinking in Juice!