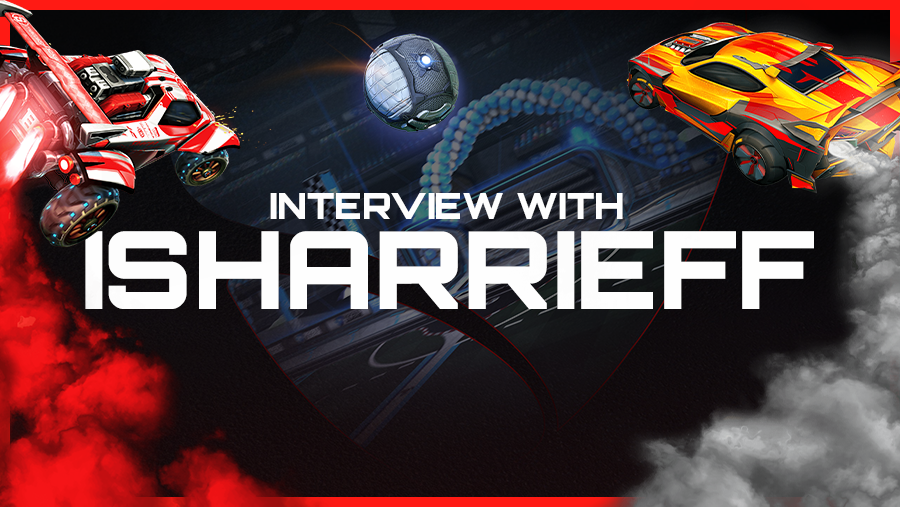 Over the 5 years since Rocket League was released, there have been players who come and go frequently proving themselves as one of the best for a year and the next they've dropped off the radar completely. However, a player who's always stuck out to me for his personality and insane gameplay has been iSharrieff, so when the opportunity arose to secure an interview with the man himself I couldn't pass up!

Before we get into anything else, take a look at the video beneath just to get an idea of how good he really is:

Currently, iSharrieff is playing for a team called Black Flame with the intent of securing a spot in the upcoming RLCS season to really stamp his mark on the pro scene. So in between scrims and ranked practise, I was lucky enough to get some words from the upcoming legend himself.

When did you start playing Rocket League and what was it that got you into it?

I started playing RL on Christmas of 2015. My friend Ludichris got me into it and I saw clips on ifunny on people doing crazy shots

What interests you the most about the game?

Having been a known name in the Rocket League community since the earlier days, how have you dealt with the spotlight?

To be honest, it's pretty easy. I just follow the motto of being myself at all times

Having played at the highest level of competitive play, what's the greatest challenge?

The greatest challenge is overcoming not second-guessing yourself

Which Pro has been your favourite to play with and against?

In ranked my favorite Pro I’ve played with has to be Gimmick or GarrettG. I love playing against anyone from SSG or NRG

For anyone looking to improve themselves to a high level in Rocket League, what would be your best tips?

Stay out of your own head. Don't let anyone affect your grind. Work smart, not hard :)

So far, which mechanic has been the toughest for you to learn?

I guess when I first started learning how to air dribble effectively. I didn't really start to get good at it till later on. no mechanic that I need for comp is hard for me anymore

What's your next step within the competitive scene?

Being on a Top 8 NA team

What're the links to your socials so that anyone who wants to can, check you out?

For anyone interested in checking out any of the socials, simply click on the hyperlink and you'll be taken right there!

I know that lots of you are also looking to improve at your 1v1 gameplay, so if Sharrieff isn't live right now why not check out some of his 1v1 Youtube videos to see gameplay at the highest level!

Make sure to check out iSharrieff's socials and let him know that you come from fruitlab! It's not often you get direct tips from someone this good!