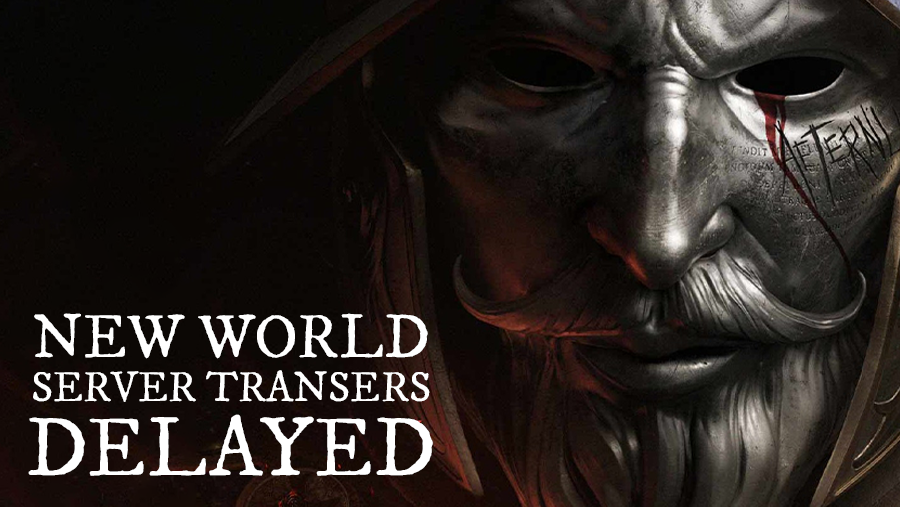 After all of the recent server issues with New World, it's been announced the much-anticipated server transfer feature will be delayed due to "edge cases where the transfer experience does not meet our standards for its release." Fans have also spoken in outrage as the developers have doubled back on a previous statement and have now said that server transfers between regions will not be allowed despite this previously being stated as something that was intended to happen.

The community manager for the game "TervzorFTW shared the news on New World's official forums and said that the team needs "some extra time to get these issues resolved before we feel comfortable giving everyone their free server transfer token."

If you've seen any of the server related news, every account in-game will receive one completely free server transfer token that will allow them to change their character to a new server within their selected region. The "team will continue monitoring world populations, queue times, and will evaluate the need for an additional wave of server transfer tokens to be given out for free." Whilst this is more than expected, server transfer tokens will also be available for purchase in the future, however, the price is unknown.

Server transfers have been a hugely hot topic since the game's release as the opening weekend saw server queue times of multiple hours before players could even jump into the game itself and begin playing. The game has quickly been rising within the rankings of Steam's most played game during 2021. To aid the struggling servers to an extent, players have been blocked from creating new characters within already overcrowded servers, whilst also adding more servers alongside asking players to jump into less popular worlds to ease the overall burden.

Many players are panicking following the recent announcements as there are many players who decided that they would join other regions as theirs were overpopulated and they planned on moving back to their own regions once the server issues were fixed. The official New World Twitter account even put out a post stating that "yes, you can move between regions if you want." This, however, has turned out to not be the case, leaving these players unsure if they will lose all of their progress or not.

What're your thoughts on these fixes/issues? we want to hear all about what you think over in Juice!

Wishing you all well.