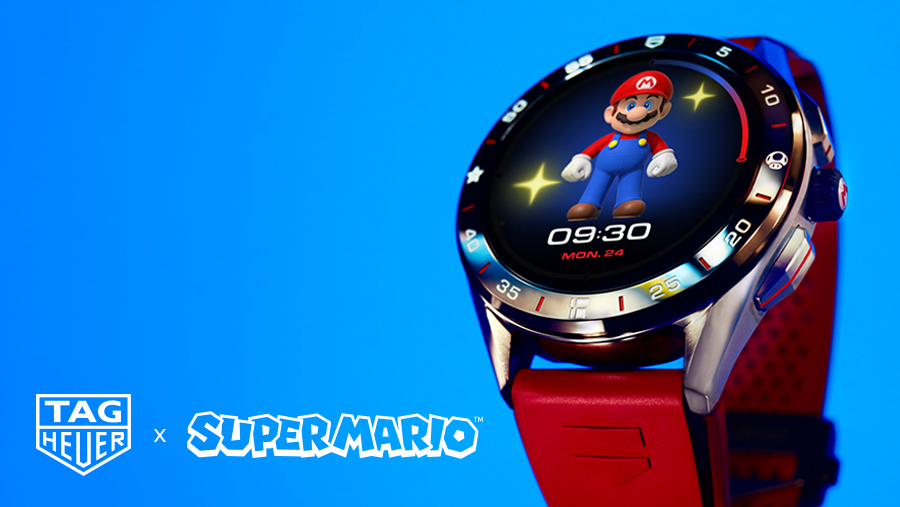 After the initial teaser released towards the end of last week, famous watch brand Tag Heuer, who make luxury Swiss watches, announced that they were going to be creating a Mario-themed smartwatch. However don't jump into the air too quickly, as the price tag is an eye-watering $2,150!

After a press release about the watch was published, Tag Heuer's new watch will be entirely Mario based, as can be seen within the video above. The watch will feature a 45mm face, a built-in heart rate monitor, compass, accelerometer, water-resistance up to 5ATM, two watch straps: one in Mario red made of rubber and a black leather strap on red rubber. The watches batter is a 430mAh model which has been stated by Tag Heuer to deliver a full day of battery life on a single charge.

The watch will include Google's own Wear OS, this will mean that you can access any of the functions found on other wearable devices using the same operating system, Google Assistant being one of these perks.

The watch of course includes a special Super Mario interface with four watch faces to select from. Tag Heuer has stated that the watch will use a "gamification rewards system" this will involve Mario greeting you when you wake up in the morning as well as a range of different animations which will play whenever you complete a tier of your daily targetted step count to work as a form of motivation!

The watch will be released at the time of publication for this article as the set date is July 15th! If you can get past the $2,150 price tag then it's all yours! Although you'll need to act fast as only 2,000 of these watches have been created so it will work on a first come first served basis, once they're gone... They're gone!

Below you can see the initial teaser tweet for the watch.

Will you be picking one of these up? Or perhaps your current watch already does everything you want it to! Regardless of your answer, we want to hear all about it in Juice!