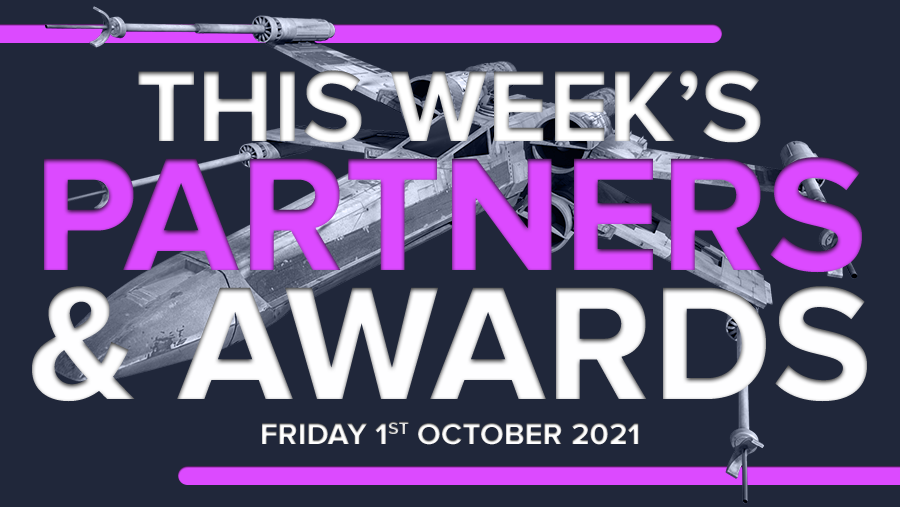 Our first partner for the week was DaveyyyGOAT, bringing us high-quality content from the worlds of Warzone, he's one you're going to want to watch if becoming an FPS beast is on your to-do list! As well as this, he chills out from time to time in everyone's favourite: Fall Guys! Make sure to check him out as soon as possible!

The second up for partnership was PressBToCancel, if you've not stumbled across their channel yet, we more than recommend that you take the time now to do so, they run an incredibly enjoyable podcast that's great to sit back, relax, and enjoy listening to. Make sure to drop by and get sucked into one of their videos!

Third, to enter the world of partnership this week was Mr.J, by now you've more than likely had a chat with him in juice and found out just how energetic he is! Aside from this, his content is top-notch, bringing us content from a huge range of games as well as IRL bird content! Check him out!

Last but by no means least up for partnership this week was FarmLab! Who doesn't love some wholesome content straight from the realms of an actual farm! Chopping, harvesting, planting, watering, and more! He really has it all! When he has spare time, he enjoys gaming too, so make sure to watch out for him in the fruitlab tournaments! Check him out now, you won't be disappointed!

MissENDZ takes home the first award for this week with her video: A reason why Battlefield 5 is still fun. Battlefield content reaches peak satisfaction levels when a high amount of sniper skill is added to the mix. With a great piece of music to pair with the video, this is one to watch and get hyped up about!

EpicNau is the winner of the second award for this week with his video: This Game Mode should be in BATTLEFIELD 2042. Here we see some love going out to the Outpost game mode, one that people have perhaps not given a go-to on Battlefield. With a cool building element, new gameplay is added to the game keeping it fresh and enjoyable, test the mode for yourself!

KingKhaos grabs the third award for this week with his video: Pour Gallon Of Milk Over My Head!!!!!! This one is perhaps not something we would ever like to try, however when your subathon calls for it, you must answer and KingKhaos did exactly that!

GrumpyDuckVR is the winner of the fourth award for this week with his video: 3 Idiots Raid Mummy's Tomb ... You always know you're in for a good watch when GrumpyDuckVR puts an upload out, be it crazy adventures or insanely funny moments, this video has both of those aspects in abundance! Check it out now!

KrypticGaming takes home the fifth award for the week with their video: Kryptic Challenge: Protect the VI-KING. Challenges always make for some of the more enjoyable gaming videos as who doesn't enjoy watching gamers struggle as they attempt to complete various forms of weird challenge to ultimately complete their goal? If that sort of video is your style then get watching right away!

tacoandnachotv are the winners of the sixth award for this week with their video: VR fast food is CURSED. You know tacoandnachotv is going to bring you something weird every upload, this time their woeful cooking skills are on full display in hilarious fashion, check it out for some great laughs!

PewpyShoes is here to win the seventh award this week with his video: Going up solo against 6 enemy fighters!! - DCS VR. This game seems incredibly full-on and we're getting some serious Top-gun vibes from it too. Get your VR headset on and jump right into the action with PewpyShoes!

Your_Pal takes home the eighth award for this week with his video: We tried the scariest horror map in VR - Episode 2. VR horror is without a doubt the scariest sort of videogame you can hope to play. It might not look as scary to watch however, when you're in the headset it's absolutely terrifying! Check it out and bring some spare clothes!

SplashyGotGame is the winner of the ninth award for this week with his video: IS CALL OF DUTY VANGUARD A W OR AN L??? Call of Duty: Vanguard has been a hot topic these past few weeks with masses of people being incredibly disappointed about its samey gameplay that doesn't greatly improve upon old titles, Splashy's here to go deeper into that topic! Check out his opinion!

DeclanOMD grabs the final and tenth award for this week with his video: MINECRAFT SMP: BEACOLAND S2:E1. Minecraft SMP's have become incredibly popular over the last year and a half. Join DeclanOMD for an incredibly enjoyable new SMP season for Minecraft, drama, and heaps of humour! Check it out!