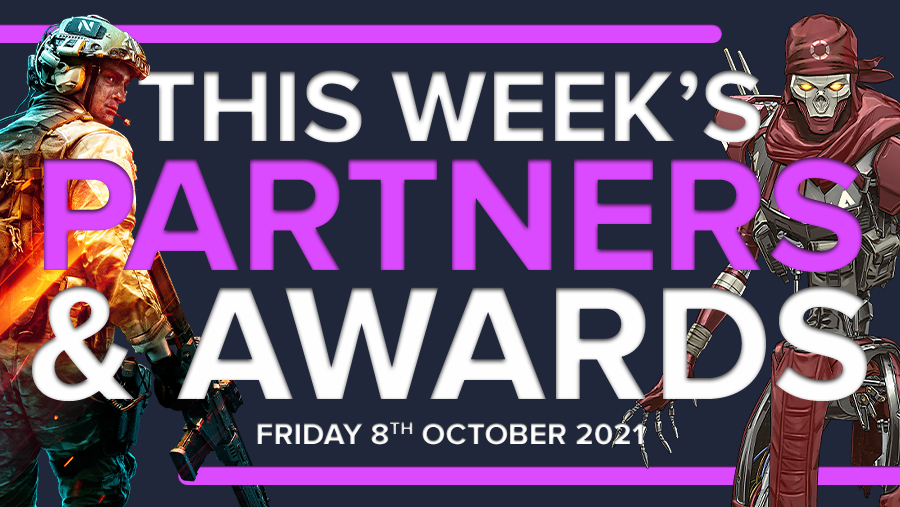 Our first partner for today is dubitron123! Bringing us a crazy range of content coming from games such as Overwatch all the way to everyone's favourite Minecraft. You'll even see content from much less played games such as Sonic All-Stars Racing! Make sure your Spanish is practiced and jump right into his channel!

Next up to enter the world of partnership is none other than ToxicAfterdark! Primarily posting Call of Duty-based content, he's one to watch if you want to master the gunplay required to hit high kill streaks! Dipping into multiplayer, Warzone and even zombies, there's just about everything for you to watch! Make sure to check out his recent Splitgate gameplay too!

Our third partner for this week is Adlad_Gaming! Here's one for all you Apex players out there, with great short clips and insane montages. He also enjoys running through campaigns on single-player games given the chance, make sure to watch out for any content he posts from those in the future!

Last but not least, we saw KiraColada get partnered! She certainly likes her horror games (Or maybe we just enjoy the jumpscares!) Away from the scares, join Kira for some incredibly funny moments caught from her onstream moments as well as a range of other games! You'll even catch some real-life videos in the mix!

ItsMeNavarrete takes home the first award for this week with their video: IF I SING YOU DON'T KILL ME. Rust is certainly home to some weird moments, this was shown in full effect within this video! Maybe next time your life is threatened, simply sing to save yourself!

VVS_Blackout snags the second award from this week with their video: Grand Theft Auto is a disasteRPiece. FiveM is one of the best things you can take part in as a GTA player, with roleplay and randomness around every corner, you might need to watch your back at all times! Check it out!

Z00K33P3r is our third award winner this week with their video: INSANE CROSSBOW SHOT AND FUNNY DEATH MICS! As if the nutty crossbow shot within this video wasn't enough to get you wanting to watch this video, there are a range of incredibly funny death mics to be heard! Check the video out!

kunstvehler grabs our fourth award from this week with their video: Sometimes work has to be done. They're taking no prisoners with this brutal kamikaze play within their truck to take out an enemy tank. It does not often play like this end up working well, but we're truly glad that this one turned out well.

RetroRonald hits it out of the park for the fifth award this week with their video: Introducing the SHREXBOX. This is one of the most if not the most insane DIY videos that we've seen on fruitlab. Shrek is Love and now Shrek is hardened into console format with this insane creation! Our hats go off to you RetroRonald! Make sure to watch this video!

FullClip grabs the sixth award for himself with his video: Grand Theft Nintendo - TierMaker Rankings. You've got a two-in-one within this video, Nintendo consoles are receiving a tier list as well as the GTA franchise! Maybe this will give you the inspiration you need to purchase a new console or even try a new game!

Pitbullreece clutches up to win the seventh award this week with his video: ATV of death. This little quadbike is on a mission to kill within this video! The quad functions as a battering ram whilst Pitbullreece cleans up the leftovers in spectacular fashion!

Ribby grabs the eighth award this week with his video: Ribby and Moo Play Squid Game on Roblox. Squid game took the world by surprise over the past few weeks, Roblox game creators are never far behind so check out this enjoyable video full of life-defying games!

MrMNEK wins the ninth award for this week with his video: F1 2021 - BRAKING POINT Story Part 1! LET'S GO! F1 is one of the most intense driving sim games you can play with the competition moving at such incredible speeds, join MrMNEK as he attempts to speed to victory!

RockyNoHands secures the tenth award for this week with his video: First and Last time playing Phasmophobia. Without a doubt, Phasmophobia is one of the scariest games you can hope to play. Join RockyNoHands as he gets the life scared out of him by terrifying spirits! We feel your pain!