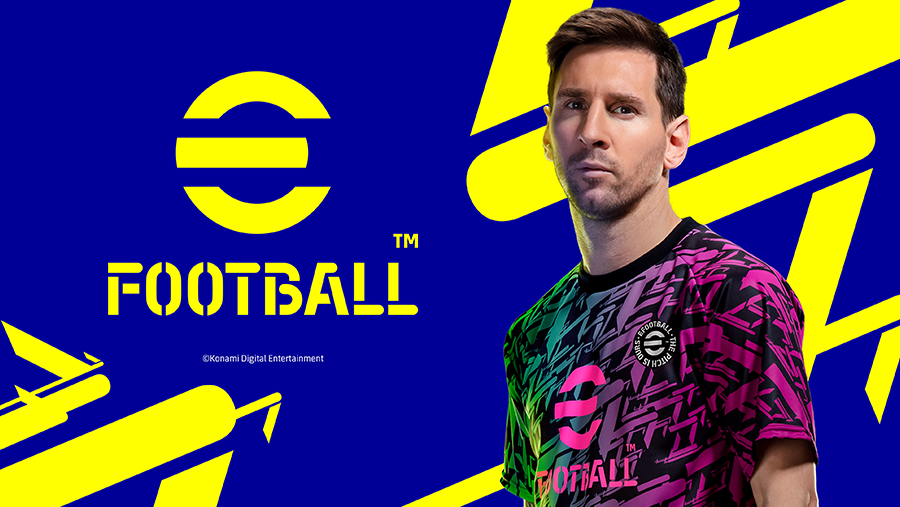 Konami, the developers behind the Pro Evolution Soccer series (PES for short), has announced that the game will receive a name change to eFootball, the game will now become digital-only and free-to-play for the PS5, PS4, PC, Xbox Series X/S and Xbox One releasing during the Autumn period. iOS and Android versions are also tipped to follow however nothing has been said so far regarding a Switch Version. The aim for the game is that by the winter season, every version of the game will support cross-play, however, if you're a mobile player, you'll need to use a controller to play against console and PC players.

The move is a huge thing for the football series, as up to this point it's often been hidden within the large shadow cast by FIFA as the main video game football series. The game will no incorporate a shift from its current engine (Konami's FOX Engine) to the custom-built new engine created using Unreal Engine 4. This shows that all versions of the game will run on essentially the same software, this means that the mobile versions will be optimised well and the already popular PES Mobile game will not be going anywhere!

eFootball will initially launch with exhibition matches and a choice of 9 clubs to play as this can all be seen within the roadmap that will be linked later within the article. Other game modes will be sold as optional DLC for the game, allowing players to pay for the segments of the game that they wish to use. 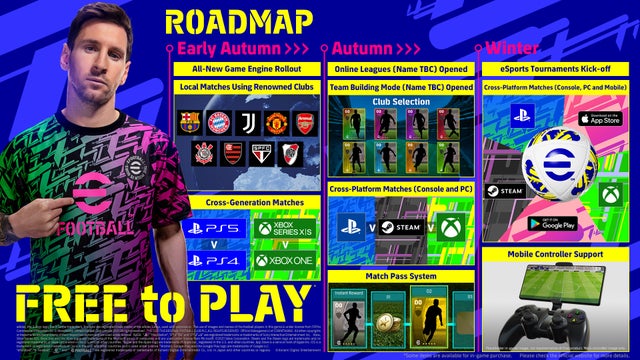 The roadmap does show what's going to be coming to the game, however, it doesn't quite make it clear just how new teams will be added to the game as well as what exactly the new modes are and how the paid aspects of the game will function. The game is based on being fair and balanced so it will be interesting to see just how the game will play out. There also seems to be an introduction of a sort of Battle Pass system being released dubbed the Match Pass System. This could potentially allow for the unlocking of items and possibly teams.

The potential for the game is quite high, with players getting more fed up with FIFA over the past few years due to the gameplay not adapting a whole amount, this transition for PES to eFootball could end up being a huge step in the right direction, however, only time will tell in this case.