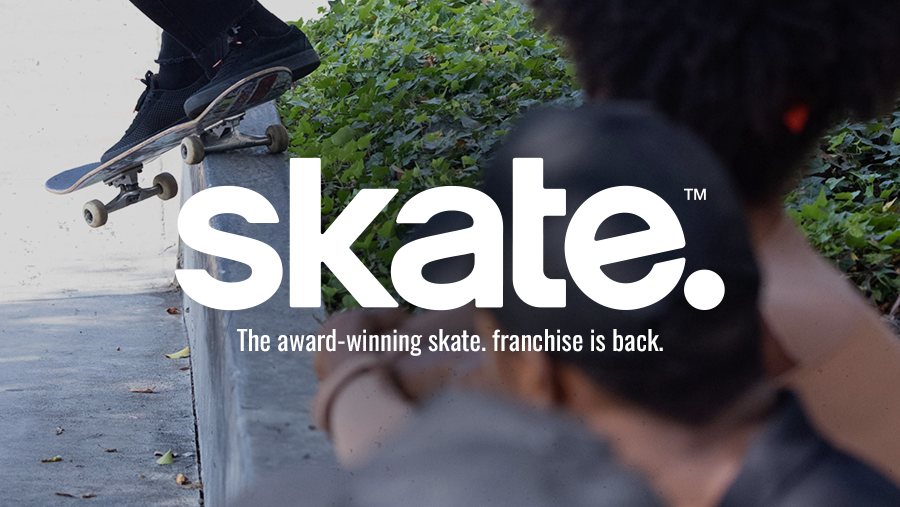 It's been a long long long time since Skate 3 was released. 11 years to be precise... But there's finally been some information released regarding the much-anticipated announcement of Skate 4. However, it's not quite what everyone was looking for. EA finally released a video of Skate 4, behind-the-scenes, however, so no gameplay was shown whatsoever. The game hasn't actually been titled yet however with the Skate 4 name, so could potentially be changed to something else! This announcement came after it was revealed that we would be getting something Skate related soon which just so happened to be this one-minute long video!

The video will be below this text and you can see that unfortunately there isn't actually any footage of the game itself shown within the trailer however it simply works to hint at some of the tricks that might be seen within the game as well as a few certain features. The video kind of works as a way to tease the players patiently waiting for the game, a wait which has literally seen people finish the entire academic period of their life and some and still be waiting!

we're working on it. pic.twitter.com/M6ZT1KBLDX

Following the announcement that some people (albeit very few of them) have seen gameplay from the game, it cuts towards public figures including pro skaters as well as other known gamers and influencers who've also seen the game to provide small comments on what exactly is going to go down when the new entry releases!

One streamer says "it just looks beautiful... this whole open world," while another says it reminds them of Skate 2. This is a key moment as the design within Skate 2 was more open world than what was seen within Skate 3 which was divided into different zones each with a new loading zone.

Within the video, it's also revealed that players can utilise the board pop-ups and board drops that were seen within the previous games, as well as being able to climb onto things whilst not on the board! Another comment also reveals that multiplayer may see its introduction again which would be huge for the series now that multiplayer capabilities have improved vastly over the 11 years since the previous game!

Unfortunately, however, the director of Skate Deran Chung says during the video that "the truth is, it's early" which just seems confusing as the series is one of EA's more popular games over the years and without a doubt a huge fan favourite, so why were they not working on this game sooner! But complaints aside, this means that in the next few years we will see a new entry into the series and that's most certainly a good thing!

What're your thoughts on this then? Or perhaps you simply aren't into skating games? Regardless of your answer, let us know in Juice!