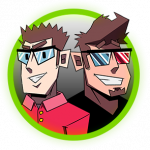 The bros visit the majestic lands of Britania in a Lovecraft and Alone in the Dark inspired horror adventure, Song of Horror.
Get the Halloween Shirt or Hoodie at Teespring! https://teespring.com/game-pro-boos-2020-shirt
ABOUT THE GAME
Song of Horror is a survival horror game by the Spanish studio Protocol Games. They sought funding on Kickstarter in 2015 but failed; undeterred, they spent the next four years working on the game until the first two episodes were released on for PC through Steam on October 31st, 2019.