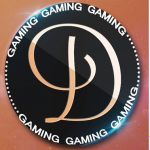 Grand Theft Auto 5, also known as GTA 5 or GTA V, is an action-adventure video game developed by Rockstar North and published by Rockstar Games. The game is composed of elements from driving and action-adventure games, and features open world gameplay, in which players can interact with the game world at their leisure. The game is set within the fictional state of San Andreas, which is based on Southern California. Within San Andreas are the fictional city of Los Santos (based on Los Angeles) and an open countryside area.