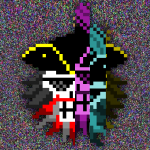 #Mother3 #EarthBound #Nintendo
All my links (Twitch, Twitter, etc) in one place:https://tapmybio.com/capnmintbeard
Mother 3 Fan Translation Patch: http://mother3.fobby.net/
Mother 3 is the sequel to EarthBound. It was in development for 12 years before it was released in Japan in April 2006. It soon became clear that Nintendo of America was uninterested in localizing the game, so in November 2006 the fans took matters into their own hands. For two years a team of translators and hackers worked to produce an in-depth, professional translation and localization of MOTHER 3.