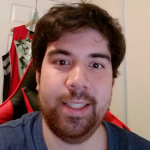 Smash that green emoji for me if I rocked!
Hey Folks, in this video I did an awesome fruitlab challenge. The #fruitlabrocks challenge is by Diezel and he also goes as itsDIEZEL on Twitch.
I sung the classic song called Drunken Sailor and it was a rock/metal version by the band called the Blaggards with lower audio on top. Overall, this is a really fun challenge to participate in and the number 1 rule is to rock! I almost woke the neighbours up with this one lol
This contest ends on April 16th so make a video and submit it with the hashtag #fruitlabrocks
You could win 100,000 pips!