You must 18 years old or over to view this video. Please sign in to confirm your age. 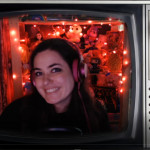 Resident Evil is a survival horror video game developed and released by Capcom originally for the PlayStation in 1996, and is the first game in the Resident Evil series. The game's plot follows Chris Redfield and Jill Valentine, members of an elite task force known as S.T.A.R.S., as they investigate the outskirts of Raccoon City following the disappearance of their team members. They soon become trapped in a mansion infested with zombies and other monsters. The player, having selected to play as Chris or Jill at the start of the game, must explore the mansion to uncover its secrets.