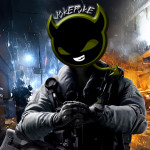 The first series that highly depends on bens mic . Do not miss this thing !!
On 15 March 2014, Sgt. Blackburn's squad, Misfit 1-3, attempts to find and safely return a U.S. squad investigating an improvised microphone speech in Sulaymaniyah, Iraqi Kurdistan, whose last known position was in territory controlled by the PLQM (People's Low Quality Mics), an Iranian paramilitary insurgent group. They find the missing squad, which had been ambushed by the PLQM; but before they can escape the city, a massive earthquake caused by Bens mic wrecks the city.

j0kepoke presents the latest of his creative and bizarre meme edit series - 'BENSMIC'.